You are here: Home1 / archives 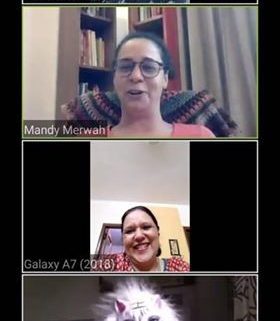 It’s day number 78 of the lockdown across various parts of world. Who would have thought that there will be a time where people, irrespective of their geographical locations, will be confined to their homes indefinitely. This COVID 19  lockdown has been hard to deal with emotionally, physically and financially. 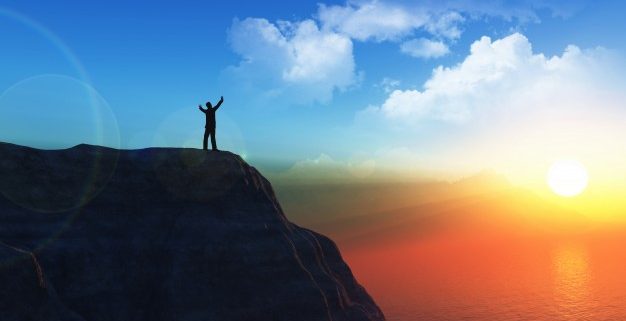 Small changes can go a long way to in order to succeed and be satisfied.

Do what makes you happy at your workplace. It might not be possible to completely change your profession however, that does not stop you from incorporating something in your current work place. Learn a new skill, equip yourself, make a parallel shift. Try whatever is doable and possible. Just don’t give up and look for ways to bring about change.

For an individual to be satisfied in a particular area there are both internal and external factors are involved.

In today’s world “Time is the most precious commodity”. We can’t buy back the time lost so we need to use it judiciously. Unlike the earlier times, we are currently surrounded by endless gadgets. Use them to your benefit and don’t let them spiral around you. Look into your schedule every now and then and organize your day. Keep time to unwind each day at least for a few minutes.

Be it personal or professional a lot will go wrong, accept it, move on, make changes and take help.

Sulking in solitude, passing the blame for failures does not bring success.

Owning up to things makes it easier to move on and try again.

People are the biggest asset of any organization and Human Resources Department (HR) plays a vital role in the strategic growth of an organization, where they partner with the business or operations to suggest and implement initiatives that enhance productivity, employee morale and help boost growth of the employees.

One of the critical challenges with HR is when HR Department is considered as a mere ‘Support Function’ instead of being given a more Strategic Focus.

The role of an HR professional is thus far more important as the frontrunners in ensuring an Employee Centric Behavior & focus and not just in the convincing business of being executioners.

An organization recently wanted to elevate the Executive Presence and Branding of their HR team. The objective was to ensure that the HR professionals assert themselves and be respected for their professional prowess

We conducted a session of Executive Presence (EP) where we shared tools for improving the same. Alongside, the HR team also worked on their personal brand charters, learned the art of handling difficult conversations with the stakeholders and also worked upon their own limiting beliefs.

As leaders we all want our teams to do well so that others look up to us. All of us are good leaders in our own ways. We have done our bits of readings and have checked out qualities, capabilities, and deliverables, all that goes in terms of what makes us a good leader.

How far does what we have read actually translate at the ground?

TPL with LeadPro brings you a virtual experience on adapting leadership styles at the workplace. The Simulation is an engaging, challenging and robust learning experience that stretches managers to confront complex, highly interwoven performance management and people management issues. Participants make critical decisions and apply leadership skills to manage simulated team members and navigate through challenging, realistic situations in a rich simulated environment.

Take this demo to find out more about

As a child, the word that we hear the most is NO….! Is that why when we become adults, we are so reluctant to say NO, even when that is the most logical answer? The more I deal with people at a Corporate and other levels, the more I realize how frustrating it is not to have closures, just because I don’t know how to say “no”. It’s absolutely acceptable if the time is not right for a particular intervention; a proposal is beyond the permitted budgets; I am not ready for a meeting right now; the candidate does not meet the job requirement; meeting you for a coffee,….etc…..but does it become so difficult to pick up the phone or email just stating that? I wish the recipient could realize the anxiety of the pursuer to have a closure. It’s so frustrating to follow up days on end with calls, sms, and emails to get an answer, and then give up wondering where you went wrong!

Being assertive is a behaviour that we all wish to acquire and perfect, but does that not include the art of saying “no”.  Am OK you’re OK is the most acceptable situation, but how often is the situation not OK because we cannot communicate what we actually want to, because we often feel that saying “no”  becomes a deterrent to our relationship! But do we even realise that not giving or getting clear answer is a greater deterrent to relationships.  Clearly, it is something that most of us struggle with and the need to say “no”  does not come voluntarily and naturally….despite the fact that we realize the need to give/receive clear answers and firm closures

The solution is therefore obvious that there is a definite need to instil this aspect of assertive behaviour in our psyche, saying  “no”  without feeling guilty, nurture healthier relationships and improve our producitivity….Achievable,yes..Where there is a will, there is a way!

In our lives there comes a time when we are supposed to lead in a situation, it could be by choice, by position or by circumstance. In either of the case we have people who depend on us and trust us to make the right decision.

It could be a manager in an office environment, a leader leading a mountain trek, a captain of the ship, a principal of an institute, a diving instructor or simply a father/ mother. In all these situations everyone looks up to the leader to resolve the crisis situation. So the leader can make or break the situation and hence needs to think timely, efficiently, wisely, patiently etc.. the list of qualities needed are many..

Robert Bacal talks about this very beautifully in his article (The excerpts from the article are below, followed by the original link)

“Here are eight principles to guide your leadership actions when the fog descends, applicable to ANY leadership situation.

1) Don’t Be Brash. Don’t Be Bold In Your Decision Making

There are times to be bold and brash, and to take risks. When you are fogged in it’s NOT the time. You may be tempted to pick a direction, any direction simply to “be moving. That’s a mistake. Lost in the fog, a hike leader may choose a direction, but there may only be one “right” direction, and many many wrong directions. Odds are not in your favor.

2) Staying Still IS O.K. For Leaders

3) When Stalled In The Fog, And Staying Still, Sound The Foghorn

If you can’t move in any direction, you still need to be visible. There can be a temptation to hold back from “leading the troops” because you have no new information. That’s a mistake. Be like the captain of a boat that is fogged in, and drops anchor. The boat may be stopped, but the fog horn sounds regularly and the fog lights glow brightly. You are the fog horn, the reassuring sound that your followers need to hear, regularly, loudly if necessary. You need to be present for them.

4) While Waiting, Focus on What IS Clear

If you are a hike leader and you are fogged in, you may not be able to pick a direction to get out of the pickle. That doesn’t mean you give up, and do not exert leadership. The trick is to focus “followers” on what needs to be done NOW, within the situation. So, to use the analogy, people need to eat, to be warm, to have a secure perimeter, while they sit. That needs to be organized, and leaders can engineer success for those tasks that ARE controllable, and CAN be achieved.

5) Be Open About The Factual Situation

Your followers almost certainly know that there’s trouble brewing, and there’s no obvious and immediate solution on the horizon. You need to deal with that in an open way, because they already know. If you don’t acknowledge the pickle, the fog, you sow seeds of mistrust.

6) Be Careful About Expressing Your Negative Emotions

Emotional authenticity is over-rated. You may be tempted to share your fears, negative emotions or worries about the future, in the interest of being open and authentic. Don’t. If followers see you worried and frightened, their negative emotional reactions will skyrocket, and that will interfere with executing a solution as the fog lifts. If you need an emotional sounding board, look for it outside your followers/employees and colleagues. Your employees and followers are not your therapists.

Other Things To Keep In Mind

7) The Fog Will Lift, Or It Won’t But Generally Most Survive

Fog isn’t permanent. It usually lifts and a path to follow emerges. Sometimes that path is unpleasant, but at least it’s a clear direction. When the fog lifts, and you find things are bad, then it’s time to lead THROUGH the bad times. Bottom line: bad things can happen. Companies can go under. People can get lost, but ultimately, people survive, and eventually move on.

Don’t forget that the job isn’t just to lead when fogged in, but to lead others down the path, new or otherwise, that emerges once there’s at least some clarity. Make sure that once a direction, new or otherwise has emerged, that it be shared with followers. Uncertainty is the enemy of morale, and the enemy of commitment.